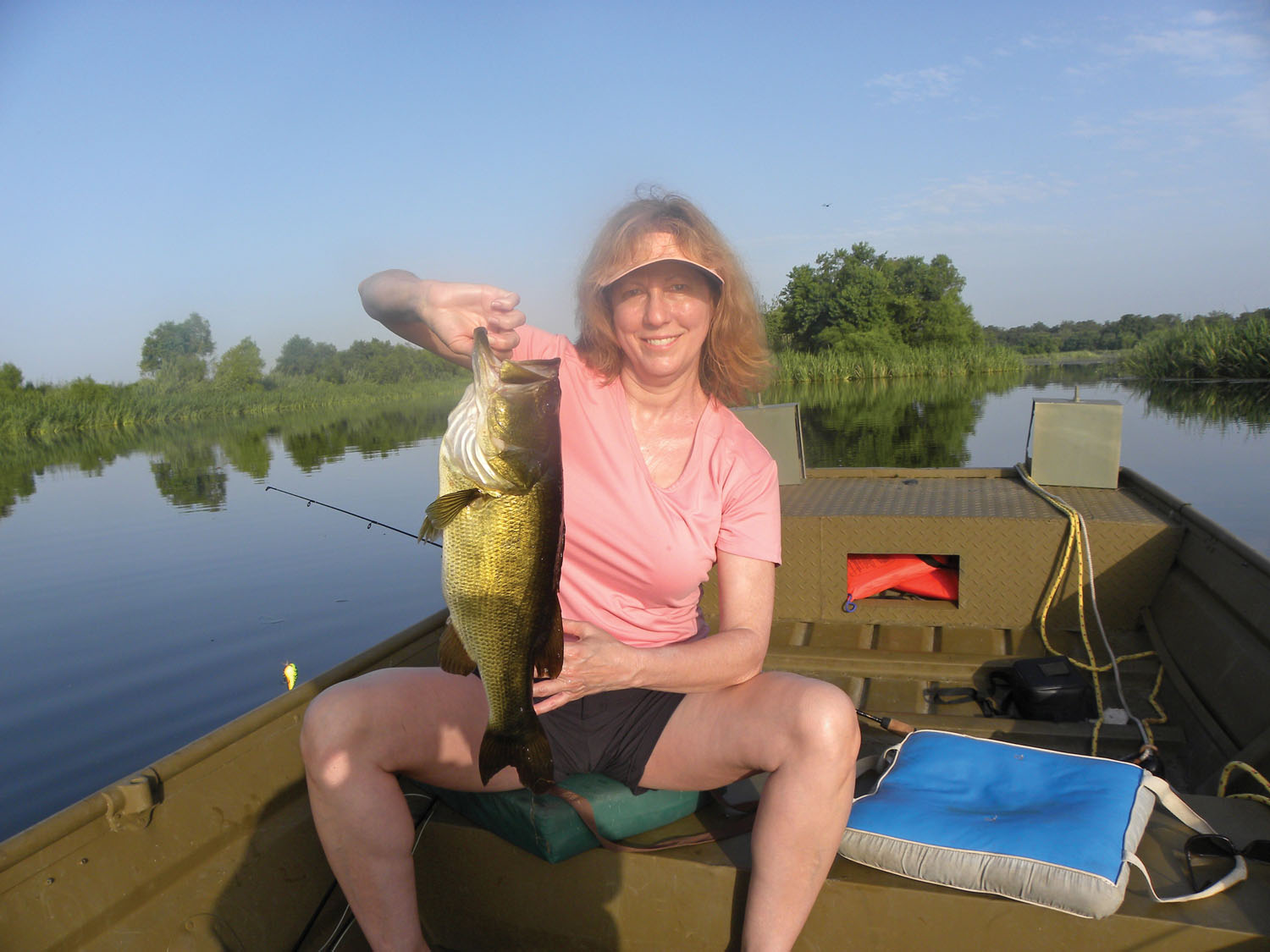 Late March through mid-May is an excellent time to set your sights on freshwater fish in coastal areas.  Historically, it is the windiest time of the year along the upper Texas Coast and often saltwater fishing trips are cancelled because of the strong winds and their impacts on the surf and bays.

Areas along the coastal and adjoining counties that offer freshwater fishing usually are protected somewhat from the southerly winds and are not as adversely affected.

If you have not tried freshwater fishing lately, this is the best time to give it a try and hopefully this article with help get you going.

So, what species of fish are most common in the local creeks, bayous and other freshwater bodies of water?  In most, you can count on three to five out of this group:  bass, bream or sunfish, catfish, carp and crappie.

Bass and crappie are not going to be as widespread as the others; however, they do exist in many of our freshwater fishing spots.  Bream, catfish and carp are going to be almost anywhere you can find a suitable spot to fish.

Now, where does most of the action take place?  Let’s start with the creeks and bayous.

Just about all offer brackish to fresh water several miles above their mouths.  Recently, Clear Creek, which flows into Clear Lake and on through the Kemah Channel to Galveston Bay, has been producing bass in areas above the State Highway 3 Bridge.  Lots of other freshwater species, in particular catfish and carp, have been caught as well.

Other creeks and bayous offering similar terrain include Dickinson Bayou, Highland Bayou, Halls Bayou and the far reaches of Chocolate Bayou just to name a few in our area.

Bar ditches, where sand has been excavated, are numerous and often are good spots, especially if deep enough, to hold water for long periods.

Texas City has a lagoon, inside the storm levee that is fed by drainage canals, that was stocked with bass and catfish several years ago.  It is a great spot for kids to fish with the best access at Bay Street Park.

Irrigation canals can be excellent choices; however, like many other spots that are surrounded by private land, the landowner’s permission is required or you could be cited for trespassing.

Private stock tanks and small lakes also fall into that category and are widespread around coastal and adjoining counties.

There are a few stocked lakes that offer fishing for a fee and one of the more popular in that group is the Lakes of Danbury, which is actually a group of small lakes.

The larger public reservoirs are going to be found north and east of Houston.

For baits, natural and live baits usually work best; however, there definitely is a shortage of bait shops offering freshwater baits such as live worms and minnows.

Artificial baits work well and the most commonly used are small jigs, plastic worms in all sizes and for bass, top waters and jerk baits in addition to soft plastic worms.

Mornings and late afternoons are usually the best times to fish.

Keep in mind that saltwater fishing licenses are not valid for freshwater fishing.  A freshwater license and stamp are required for most anglers; however, children under 17 years of age are exempt, along with seniors at least 85 years old.

One of the most rewarding experiences you can have is to take a child fishing.  Freshwater fishing offers a more relaxed and laid back form of fishing and can be a fun outing at minimal expense for the whole family.