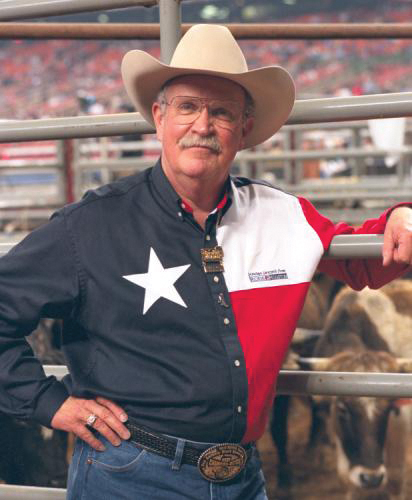 It’s been over a month now since the Bay Area lost one of its best loved and most colorful citizens with the death of retired Precinct 8 Constable Bill Bailey, and most are still shaking their heads in disbelief over his untimely death at the age of 78 on July 27.

They will always remember his booming voice announcing the Grand Entry at the Houston Livestock Show and Rodeo …. encouraging the kids in the Calf Scramble and Mutton Bustin’ …. His way with the microphone …. that big, happy smile….

And the jokes. Any event with Bill Bailey as emcee would be a guaranteed success in advance – he was just that funny.

Born Milton Odum Stanley, he began his radio career while still in high school in Temple and later decided he liked radio more than college and dropped out of Texas Western before graduating to pursue radio opportunities in El Paso and Round Rock.

He became Bill Bailey when he assumed the role of a disc jockey by that name with a country music radio station which used the melody, “Bill Bailey, Won’t You Please Come Home” as its theme song. The name stuck and he went on to become a prominent disc jockey in Houston and Pasadena and was inducted into the Texas Radio Hall of Fame.

He was first elected constable in 1982 and retired three decades and seven terms later in 2011.

Preceded in death by his parents, Verna and Floyd Stanley, his brother, Bobby, and his beloved son, Milton Stanley; he is survived by his wife of 40 years, Janis Bailey; three daughters, Rae Sinor, and her husband Keith; Sharon Escareno and husband, Jaime; and Linda Taylor; and a daughter-in-law, Amber Stanley.

He may have been he heard the angels on high singing, “Come home, Bill Bailey,” and heeded their call, but it will be a long time before his smile and wonderful sense of humor is forgotten here in Bay Area Houston.