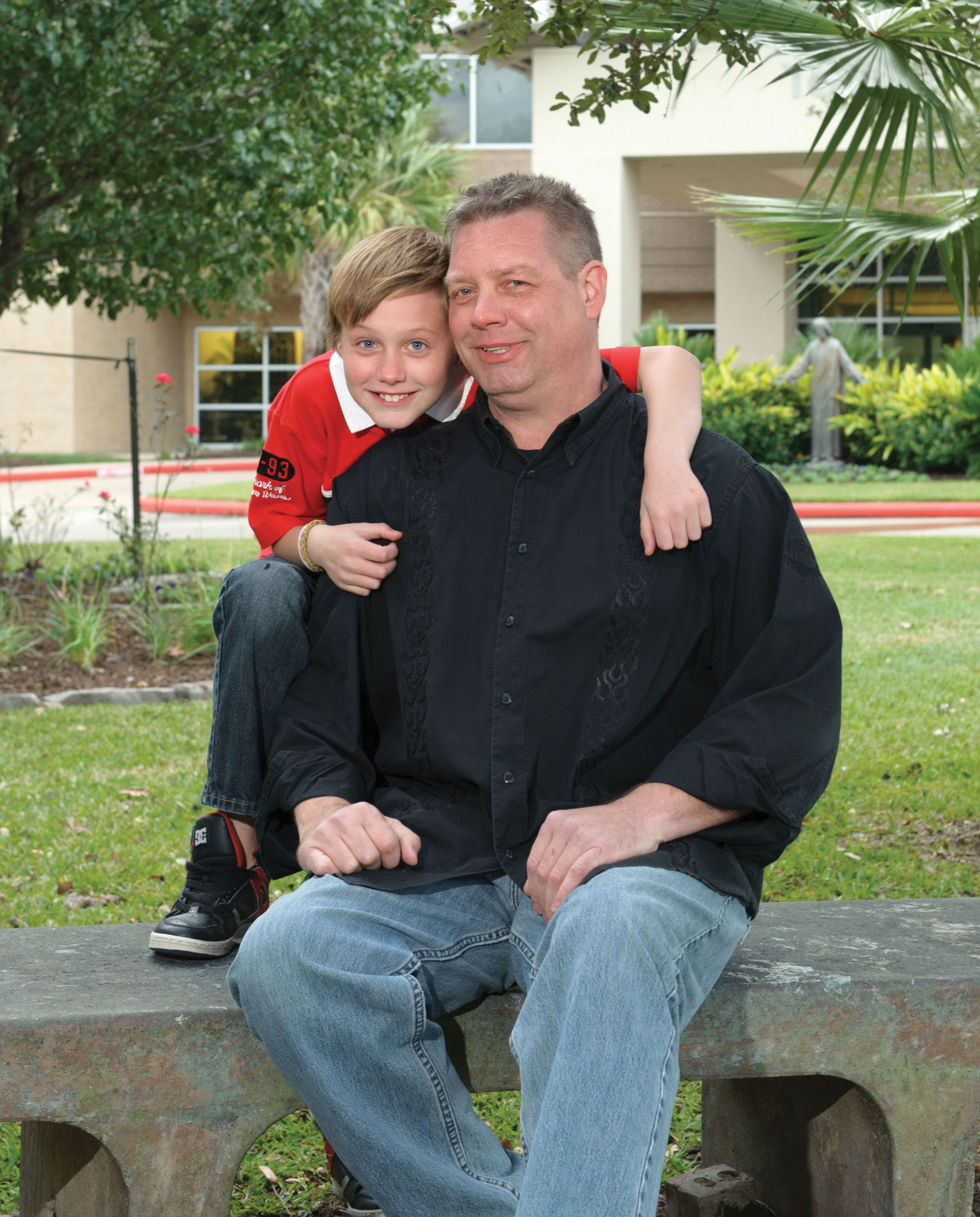 Jerry Brawner and his son, Jess.

Jerry Brawner woke up at 3 a.m. on a Monday with what felt like severe indigestion. By the time 4 o’clock rolled around, it had only gotten worse, and he knew something was wrong. A single father, he woke his 9-year-old son, Jesse, and told him to pack a backpack while he called an ambulance “Come on, buddy, we’re going on an adventure,” he said.

Once the paramedics arrived, Jerry explained, “They hooked me up and said, ‘yeah, you’re having a heart attack.’” At 45, Jerry didn’t expect anything like this on what should have been just another normal Monday morning. “What’s scary,” he continued, “is that as soon as they tell you that, you know, your life flashes in front of your eyes and your adrenaline starts pumping.  I’ve got a 9-year-old …There’s nobody else who lives down here with me. I’ve got nobody for him.”

Jesse rode along in the front seat of the ambulance as his father was attended to in the back.  When they arrived at Houston Methodist St. John Hospital, Jesse waited with the ER staff as the doctors saved his dad’s life.

WHAT HAPPENED?
Jerry had suffered a STEMI, or ST segment elevation myocardial infarction. This potentially lethal type of heart attack occurs when a blood clot cuts all or part of the heart off from its blood supply. The lack of oxygen in the heart can cause muscle injury or death. STEMIs strike a quarter-million people every year.

STEMIs typically present initially as heartburn, and the pain may radiate outward from there.  Other symptoms include shortness of breath, lightheadedness, nausea, weakness and palpitations.

WHAT CAUSES STEMIS?
Dr. Palur Balakrishnan, who treated Jerry, said, “Myocardial infarctions can result as complications from other infirmities, including diabetes, high blood pressure and obesity.  Smoking, lack of exercise and even stress can also precipitate a STEMI.”

He continued, “Due to the nature of these causes, many STEMIs can be prevented with a healthy diet and exercise.”

WHERE ARE THEY NOW?
Jerry has been making an effort to adopt a healthier lifestyle and has been back to Houston Methodist St. John as he gets healthier. Jesse said, “I feel like my dad is a new person now. He eats a lot healthier, and he doesn’t eat as much, and he’s losing weight.”

With the help of the team at Houston Methodist, Jerry is on the road to recovery and a healthier lifestyle.