The Admiral’s Log – How Wind Direction and Velocities Affect Fishing 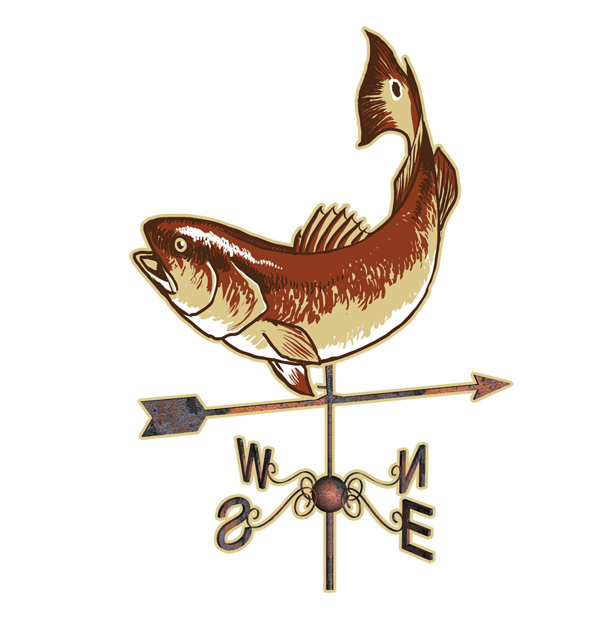 Most anglers have experienced detrimental effects on fishing caused by strong winds or winds from the wrong direction for fishing.  Knowing the effects of various wind directions and where to fish or not to fish will add to your chances of breaking into that elite group of 10% of fishermen who catch 90% of the fish.

Coastal fishing is highly affected by two elements, tidal flow and wind.  Tide strength easily can be predicted by checking tide charts and allows plans for a fishing trip to be made well in advance.

The same situation does not apply to wind strength and direction.  For that reason, anglers who come home with the bacon most of the time know how to read the winds and when to cancel a trip or where to fish under the conditions at the time.

Along the upper Texas Coast, especially the Galveston Bay Complex, a gentle southeast breeze is referred to as the Fisherman’s Breeze.  The reason is that it brings fresh clear Gulf water into the bays and provides clear, fish inhabited water to the beachfront.  The southeast wind also is known for its therapeutic benefits as sanitariums were common along the Texas Gulf Coast early in the 20th Century to take advantage of the medicinal effects of fresh ocean air.

Southeast winds at moderate to strong velocities do not kill action, as do similar velocities from other directions.   They just require a re-location for finding fish.

On the opposite end, a moderate to strong southwest wind is considered by the majority of anglers to be the worst wind.  Southwest winds are common during the summer and are associated with hot dry weather coming from across the arid South Texas region.  The result is lower tide (water) levels due to the cross wind impairing the ebb and flow of tidal movement, off color water and warmer water, which is not a plus during mid-summer.

While experienced anglers can usually find fishable waters with all other directions, most agree that a fishing trip just isn’t worthwhile when a sustained southwest wind is blowing at moderate and stronger velocities.

A south wind can be good for fishing and the key is velocity and whether it is leaning more to the east or west.  Strong southerly winds tend to have a westerly bent and as a result take on some of the characteristics of a southwest wind. 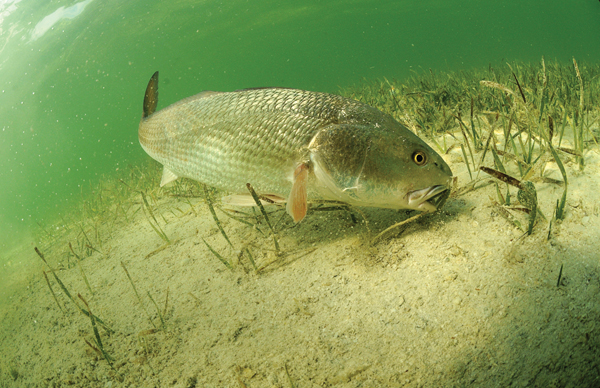 When leaning more to the east, the effects of the southeast direction come in to play.

An east wind has two characteristics, raising tide levels and bringing clear, fresh water into the bays and marshes.  Unfortunately, there is an adage associated with this wind and that is “Fishing Is Least When Wind is East”.

Westerly winds have the opposite effect in that they tend to empty the bays and marshes and also are not favored for fishing.

North winds, like those from the west, are bay draining winds and, at moderate to strong velocities, dirty the bays and kill fishing.

Now, let’s take a look at where the action might take place during each of the four winds.

During light to moderate southeast winds, just about any spot is going to have fishable water.  If the velocities are strong, then the protected shorelines will likely be the place to fish.

South/southwest, southwest and westerly winds are adverse to fishing. Depending on velocities, very few spots will hold fishable waters.  Most seasoned anglers choose to postpone trips when sustained winds come from those directions.

East winds limit fishing in the bays; however, with the influx of water they push into the back bays and marshes, those areas can be prime for red fish activity.  During the fall, east winds will trigger bull red runs along the beachfront.

Northerly winds and their associated low tide levels adversely affect bay fishing.  They do create leeward shorelines along the surf and often flatten the water to create excellent conditions for fishing.  During periods of not so strong north winds, the north shorelines of Trinity and East Bays are often hot spots for wade fishing.

One of the better websites for information on winds is offered by the National Oceanic and Atmospheric Administration (NOAA) and can be found by typing into your search engine NOAA Marine Forecast Galveston, Texas.  Also NOAA Buoy Reports for the Western Gulf of Mexico give real time wind velocities and directions.