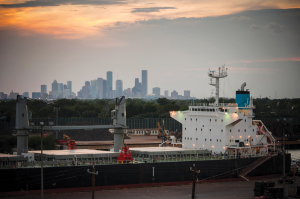 This year the Houston Ship Channel celebrates 100 years as a deep-water port and one of the regions most important economic assets.

The road to development took enormous public support and perseverance, and the investment has paid off handsomely for Houston, surrounding cities and Texas.

In the early days of Houston, the shallow draft of Buffalo Bayou to the foot of Main Street was sufficient. Cargo from larger ships was offloaded near Galveston onto barges.

Local Houston business leaders decided there was a financial necessity for having a ship channel and began sending a steady stream of information to their representatives in Washington.

During the 1890s, U.S. Rep. Tom Ball, for which the community north of Houston is named, spent hours trying to convince his congressional colleagues to support a deep-water port for Houston. Then in September 1900, a devastating hurricane slammed into Galveston and created one of the worst disasters in American history. . 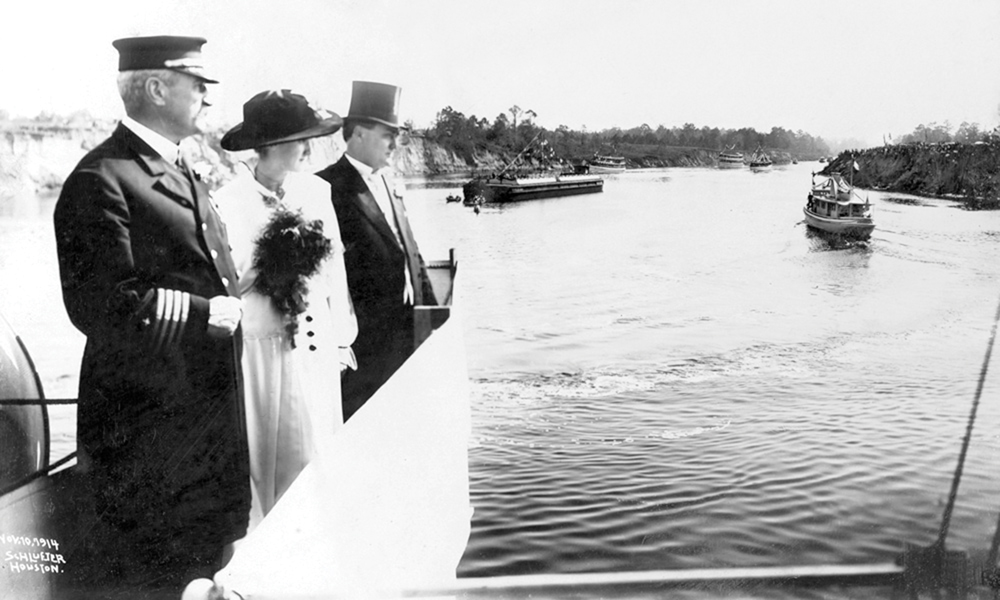 Port of Houston opening celebration in 1914.

Ball’s arguments for a protected port took on greater meaning. With the discovery of oil at Spindletop in 1901 and crops such as rice beginning to rival the dominant export crop of cotton, Houston’s ship channel needed the capacity to handle large ships.

Ball proposed a revolutionary concept by suggesting that Houston share the cost with the federal government for dredging the deep-water channel. The Congressional Rivers and Harbors Committee chairman, D.S. Alexander, and other congressional committee members were amazed by the bold proposal from Houston but voted to accept the idea.

The Harris County Houston Ship Channel Navigation District was formed, and a campaign was launched to persuade voters to approve $1.25 million in bonds to pay for the District’s share of the waterway. Houston voters carried the measure by a majority of 16 to one.

Now the bonds needed to be sold. Enter Jesse H. Jones, who took it upon himself to ask Houston banks to accept the bonds. In just 24 hours, he persuaded each bank to buy its share.

Work on the deep channel commenced in 1912. There were similar precedent-setting maritime projects of the time such as the Gulf Intracoastal Waterway, and the 51-mile long Panama Canal. On the morning of September 7, 1914, the dredge Texas signaled by whistle the completion of the channel and a celebration was planned.

A parade was held in downtown Houston and 40 blocks were strung with a new invention: incandescent lights. A ceremony to open the channel was held Tuesday morning, November 10, 1914.

Thousands of people attended the ceremony, which was marked by a 21-gun salute. From his office in Washington, D.C., President Woodrow Wilson fired a canon via remote control to officially mark the channel as open for operation.

A band played the National Anthem from a barge in the center of the Turning Basin while Sue Campbell, daughter of Houston Mayor Ben Campbell, sprinkled white roses into the water from the top deck of the U.S. Revenue Cutter Windom.

Since then, the growth of Houston’s port has been phenomenal. The Houston Ship Channel is recognized as a feat of civil engineering. More importantly, it connects Houston and surrounding communities to the world and the port remains the nation’s leader in terms of foreign tonnage, and 2nd in overall tonnage.