A slice of Texas art taken to Europe 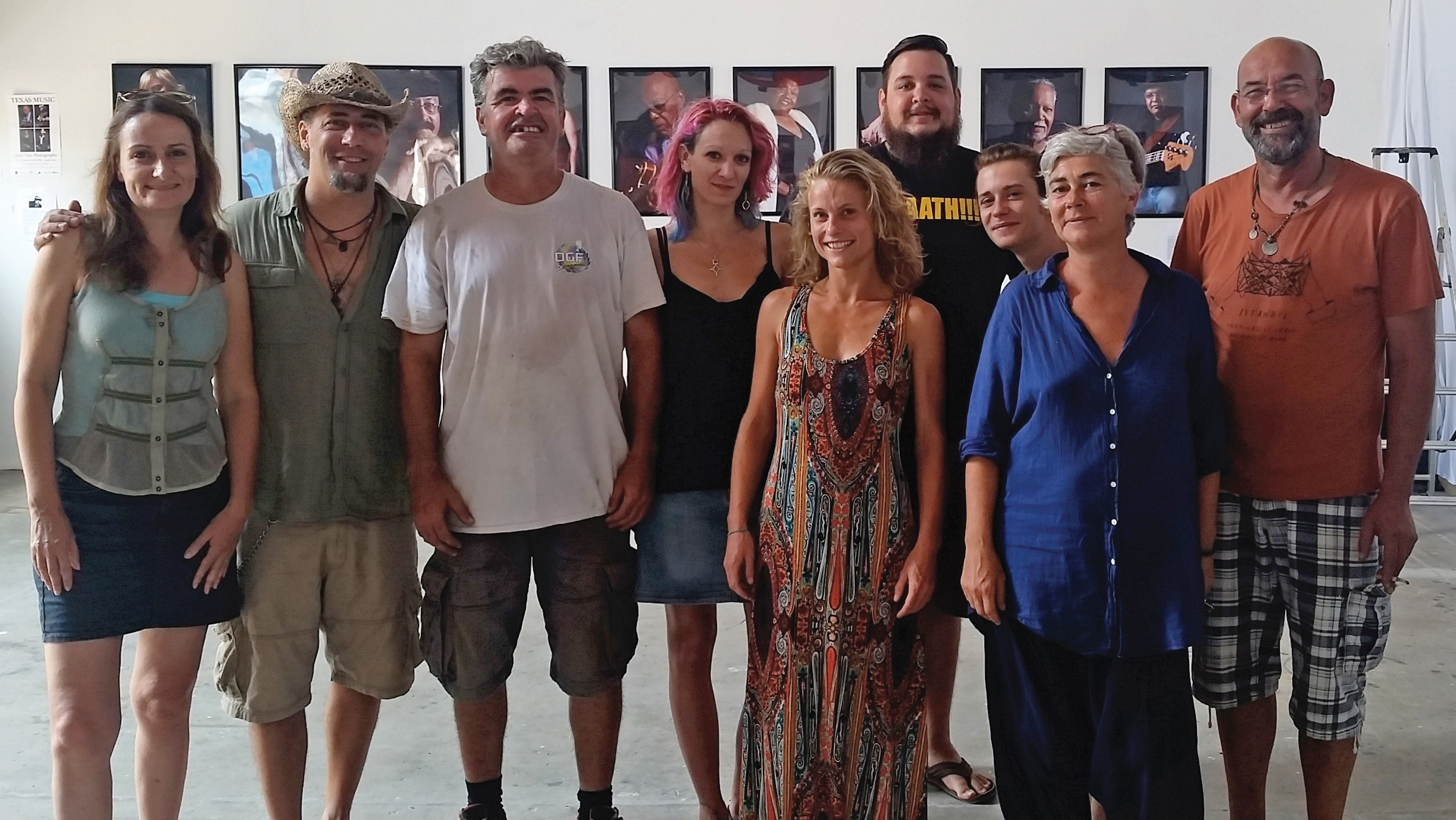 Houston photographer and musician, Zach Tate, exhibited his photographs of Texas musicians in the South of France this past July and August.  Le K Gallery and performance space in San Raphael, France hosted the exhibition of 21 of Tate’s large-scale portraits of mostly Houston and Galveston based musicians from July 8 – 22.  After a good turn out for both the photo show and Tate’s live performance, with band mate, Anthony Puskus, gallery owners, Gilles Deverchere (an established sculptor) and Isabelle Lavernhe extended the photo exhibit until Aug. 21.

A limited edition compilation CD featuring songs from 19 of the artists in the exhibition was produced by Tate and Grammy-nominated, Houston producer, Andy Bradley, and given to visitors at Le K. The CD titled, Texas Music Selections features a wide variety of styles and genres and has given some French listeners a new appreciation for the many musical styles that truly define the “Texas sound.”

A journalist for many years, Tate has been covering music since his first photo assignment and interview when he was 19 years old in Toronto, Canada with blues legend, B.B. King. Tate has worked as a writer and photographer for many publications in Houston (including Bay Area Houston Magazine!), Galveston, Los Angeles (where he lived for 12 years) and Toronto as well as many national magazines and newspapers.

Born in Windsor, Canada, Tate is also an established recording artist and toured France and The Netherlands in June and July of 2013 and 2015. Performing at Le K on the second night of the exhibition was especially memorable, Tate said. “Le K is an amazing space I found completely inspiring! It’s art on top of art on top of art with two levels of sculpture, painting, performance and crafts, all on one property – inside and out. I’ve never seen anything quite like it run independently by artists, for artists.  There is an incredibly supportive and appreciative environment for arts in Europe.”

Texas Music DJ Of The Year, Roark Smith (heard on Houston’s KPFT 90.1 FM) assisted in organizing some of the photo shoots and compilation CD.  “Texas music, much of it made right here in Houston, is a good as anything anywhere.  Zach Tate’s work as both a photographer and musician is outstanding. I’m proud to be a part of the project,” said Smith.

Tate’s photography, as well as accompanying published articles and video interviews, can be viewed on online at www.ZachTate.com