A Half Century of Lessons 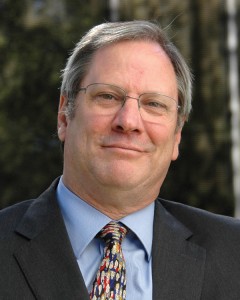 Fifty years ago, a Chamber of Commerce formed to help a developing community and its businesses harness the energy of growth and adventure born in space exploration.  There were pioneers in many fields of work.  They weren’t the only pioneers.  A new community was being created while new frontiers were being discovered in space.  None of this would have ever been possible without one key ingredient:  great people.

When Clear Lake Area Chamber of Commerce Chairman of the Board Joe Mayer asked if I would create profiles of some of the key people in the community as part of the Chamber’s 50th anniversary year celebration, I was both humbled and inspired.  I countered with the concept of interviewing, photographing and writing profiles of 50 people as part of the 50th anniversary.  The concept was accepted and the volunteer effort began June 2011 for 50:  Years, Stories, Faces.  The project will be completed summer 2012 and a book will be designed for fall 2012 release thanks to the volunteer design efforts of Mindi Funderburg. This project celebrates those great people and the lessons learned by their efforts, courage, risk-taking, vision and commitment.

I had completed only about six of the interviews when a simple, clear lesson was already coming into focus:  the Clear Lake area is truly a story of pioneering.  Every interview has developed and illuminated that reality.  Few people lived in the coastal towns and “villages” of the area when pioneers came to settle, influenced by the creation of the manned space center.  Some came to work for the country’s space effort and some came out of curiosity or adventure.  Whatever the motivation, they came.  They pioneered, coming into an area with their families or to create families, but also leaving behind relatives and friends.  The people who arrived counted on each other and a close-knit community was forged.

Just as the United States’ pioneer development had stages, this area had similar ones.  Pioneers arrived and began to settle, followed by a bit of a “Wild West” phase and then development when the pioneers’ children went through school and stayed in the community.  In only 50 years we have seen the phases lived out.

The wonderful growth and development of the area came through the efforts of people that are well known and whose names reside on streets and buildings; it also came from many largely unknown by the general community. It came from developers, teachers, investors and artists; it came from elected officials, entrepreneurs and Chamber leaders.  It came from a mix of the bold and the sublime, the visible and the unseen.  It came from…people with character and conviction.

The process of the 50: Years, Stories, Faces initiative reminds me and shows us all that this community came from the efforts of great people.  It also reveals that this area’s future is in the hands of great people today.  By listening to the 50, we have learned what we need to succeed for the future.