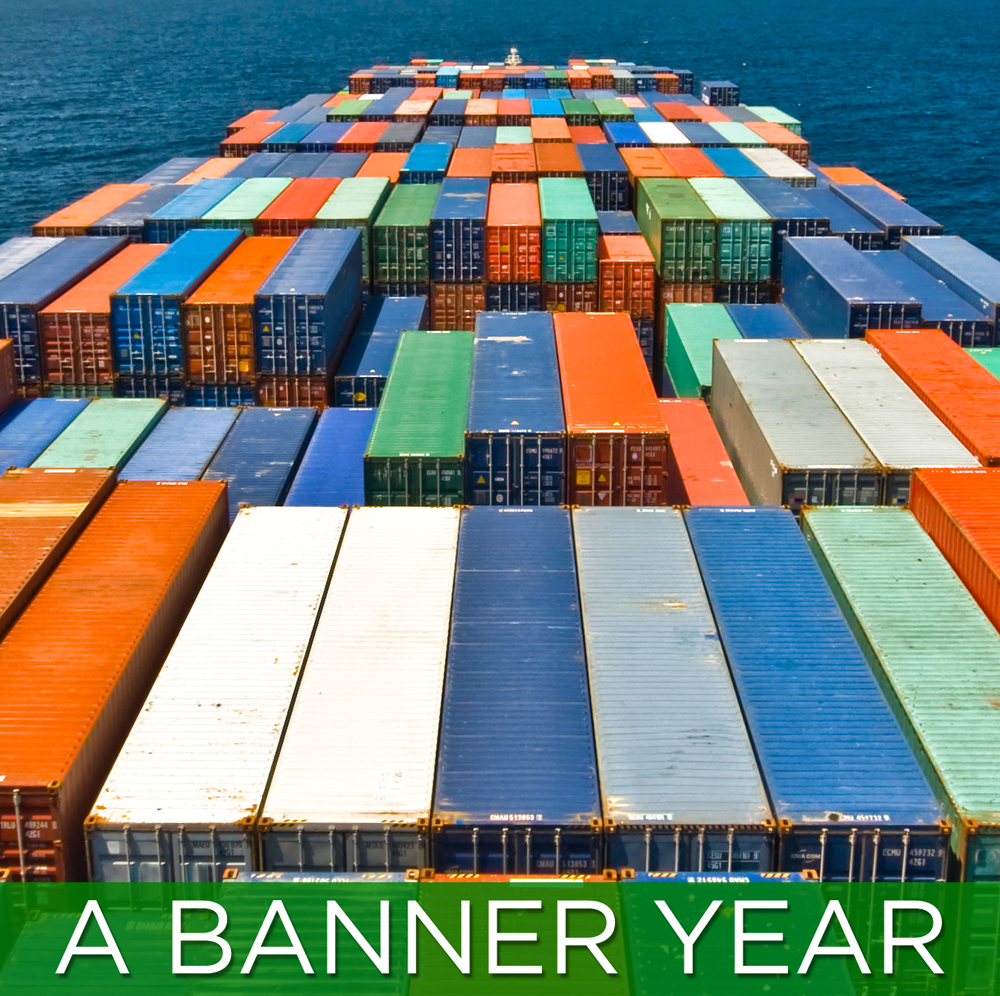 “Business has reached its highest levels across several key business lines during recent years,” Guenther said, “and we must continue to strategically plan for the future opportunities.”

Steel imported into the port to support construction related to the oil and gas industry has seen enormous growth so far in 2015, with nearly 6.5 million tons crossing the docks, according to Stan Swigart, director of marketing and external communications for the PHA.

Swigart says the 30 percent increase in the container imports is attributed in large part to an ongoing rift between management and labor unions on the west coast that has caused a ripple effect across the industry and resulted in shipments being routed to the Port of Houston.

“The labor unions are in negotiations for a new contract, but they haven’t been able to come to an agreement, which held up some of the boxes (containers) that were going to the ports in Los Angeles and Long Beach,” Swigart said. “That caused congestion to clear those containers off the terminal, so a lot of those cargo owners booked cargo on alternative routings with other services instead of having the containers be stuck in Los Angeles and Long Beach. We hope to retain some of that and we think we will.”

Because the Port of Houston is widely known as one of the world leaders in handling containerized cargo, Swigart says the PHA focuses a considerable amount of its attention on marketing that business and trying to attract new carriers to utilize the PHA’s Barbours Cut and Bayport terminals. The port handled approximately 1.9 million TEU’s (20 foot equivalent) in container cargo last year—a record for the port—and he says officials are optimistic that the two million TEU threshold can be eclipsed this year.

“We focus a lot on container markets. That’s where the most opportunity lies and it provides the highest revenue per ton,” Swigart said.

With the Barbours Cut terminal, which was built in the 1970s, currently undergoing a massive modernization project and with the newer Bayport Terminal only about 50 to 60 percent built out, Swigart says once both terminals are running at full speed, port officials hope to increase container handling capacity to upwards of five million TEUs.

The port has also seen an increase in cargo related to the expansion of wind energy, with many components, including the massive blades, of windmills passing through the port on their way to wind farms in West Texas and beyond.

Meanwhile, Swigart says the recent mutually agreed upon decision between the Maersk Line, the world’s largest shipping company, and the PHA to terminate the shipper’s long held contract at Barbours Cut will prove to be a boon for the port and Maersk and its affiliated shipping services, SeaLand and Safmarine.

“This will give us back a lot of berthing space and lay down area for increasing our volumes for paying customers,” Swigart said. “They wanted to get out of the contract and we wanted to get our terminal back.”

The PHA previously had a landlord-tenant relationship with Maersk at Barbours Cut, but with the termination of the contract, the company is now free to call at that terminal or at the Bayport terminal as a common carrier.

Swigart said port officials are still assessing the impact of the recent announcement by Caribbean Princes and Norwegian Jade cruise lines to cease operations at the Bayport Cruise Terminal after the 2015-‘16 season.

“We don’t know what’s going to happen to the terminal yet, but we utilize it in the off-season as well as in-season for ships that need a place to tie up and re-store or do maintenance, and we charge them for that,” Swigart said. “The cruise lines will be calling through April 2016, but beyond that, we don’t know what the future holds.”

With the last quarter of 2015 upon us, Swigart says the port is bracing for changes in shipping caused by both seasonal and economy-driven factors. A drop in steel tonnage is anticipated he says due to the continued drop in oil prices and the attendant decline in exploration. However, a major increase in container cargo is expected as the holiday season nears.

“We always experience an increase in in-bound containers from Asia that is caused by supplying inventory for Christmas, and that starts real soon,” Swigart said.

According to Swigart, Asian trade is the fastest growing sector at the port, although that status is not yet reflected in the tonnage figures. He says the PHA plans to continue to heavily court the Asian trade, along with other marketing initiatives, in an effort to attract new carriers to call on the port.

“A lot of trade comes into Texas via Los Angeles and Long Beach (ports), but our target is to get those carriers to come directly into Houston instead of bringing (cargo) over land,” he said. “Over the next five years, we expect to see a jump in the export of containerized plastic resins, and that’s coming out of the refineries. The major markets for that will be Asia if the price remains low enough. The cheap natural gas and shale exploration is making it very inexpensive to produce.”