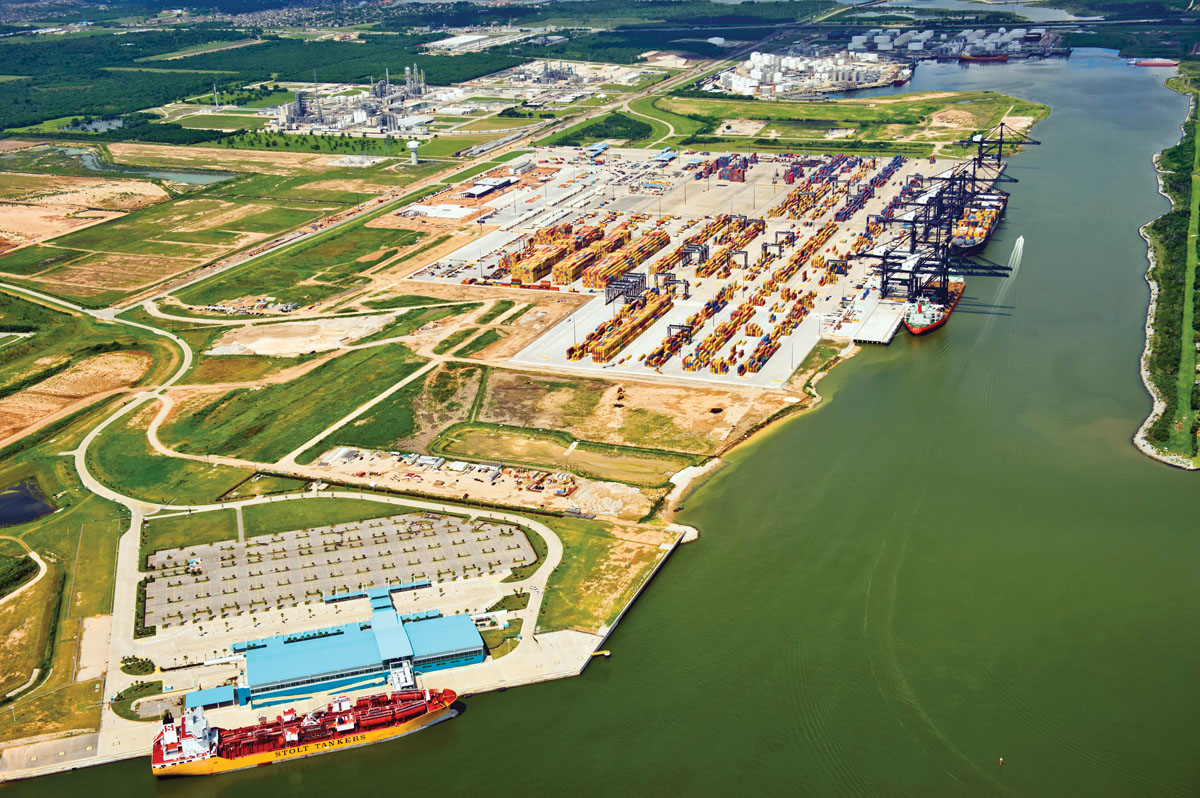 An aerial view of the Bayport Container Terminal

The Port of Houston celebrates a year of milestones in 2015

December’s monthly meeting of the Port of Houston Authority provided all the evidence needed to prove that 2015 was a banner year for the Port.

Port of Houston Authority Chairman Janiece Longoria revealed that the port in early December reached an historic milestone in cargo handling, with more than two million loaded container units being handled on the docks at the Bayport Container Terminal.

Longoria also provided details on the most recent economic impact study that showed that 1.175 million jobs across the state are due to activity stemming from the port and that an additional 148,000 jobs were created by companies doing business at the port.

“The Port of Houston’s economic impacts are essential to the prosperity of our region and our state,” Longoria said.

The study by Martin Associates also revealed that public and private marine terminals at the Port of Houston had a statewide economic impact of $265 billion in 2014, which represents 16 percent of Texas’ total gross domestic product.

The port was bolstered by year-to-date operating revenue of $268 million, which Guenther said is a 12 percent increase over the same period in 2014, with net operating income growing by 29 percent. He said officials are determined to maximize the rosy financial picture to ensure the port’s long term success.

“The intent is to reinvest these resources in port infrastructure to sustain and grow our contribution to the region’s economy,” Guenther said. 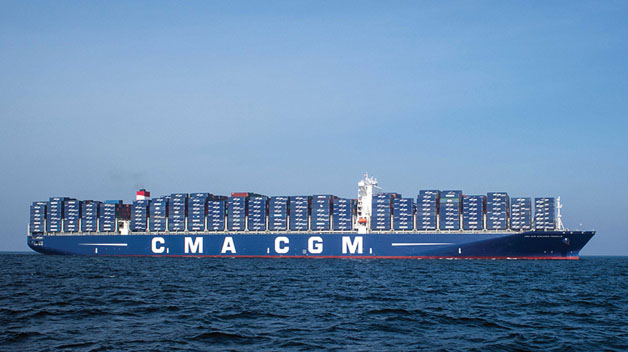 The Benjamin Franklin will be the largest container ship to visit the U.S. Photo by CMA CGM Group

The biggest news out of the port this year was the four Super Post-Panamax ship-to-shore cranes at the Barbours Cut Container Terminal going online in the fall. The first pair of cranes, which arrived in May, officially went into service in early November, with the remaining two going online in early December.
At 1,505 tons, the new cranes are more than twice as heavy as the cranes they replaced (635 tons each), and at 289 feet tall and with a lift height of 204 feet, they are the largest cranes ever built by South Korean-based manufacturer Konecranes. They are part of a $50 million contract approved by the Port Authority in 2013 and are the key pieces in a $700 million renovation of the Barbours Cut and Bayport container terminals.

The cranes will dramatically increase cargo handling capability and will enable the port to begin handling the larger ships that will be able to pass through the Panama Canal once the $1 billion renovation of the century-old canal is completed in 2016.

Meanwhile, the port commission approved the awarding of a contract to purchase a new Mobile Command Center (MCC) that will include technology that will improve response times in emergency situations.

The command center will be utilized by port safety and security staff during times of bad weather or other emergencies. The staff can monitor the port remotely from the truck equipped with emergency communication equipment, allowing them to receive video feeds and work alongside U.S. Coast Guard emergency crews.

In November, the commission gave the go ahead to a tariff increase to pay for two new Houston Pilot boats. The Houston Pilots organization proposed the rate increase to pay for the two new vessels that will bring ships in and out of the port. As a result, shipping companies will pay an additional $162 per movement beginning in 2017. The fee will go toward covering the combined cost of $28 million for the two twin hull boats that pilots say will be more stable, especially in rough waters.

Longoria said even though shipping companies will have to incur the new fee, the general sentiment among company representatives is that the expenditure will be well worth it in the long run and provides another layer of safety as their ships call on port facilities.

“It (the boat purchase) reflects the industry’s need and appreciation for updated pilot boats,” Longoria said.

Officials with Houston-based rail and terminal company USD Group say they are combining forces with Pinto Realty Partners to develop a new terminal along the Houston Ship Channel.

The site, a 988-acre tract along Jacintoport Boulevard, will eventually support rail delivery for hydrocarbons, in addition to storage facilities, and blending and export operations, according to an announcement from the companies

The site currently supports rail storage facilities for Burlington Northern, Santa Fe and Union Pacific railroads. The companies did not divulge the estimated cost of the project or an anticipated timeline.

The United Arab Shipping Company (UASC) reports it loaded what is being hailed as a record-breaking TEU total on board one of its container ships in December.

According to a Maritime Executive magazine report, UASC officials say the Al Muraukh was loaded with 18,600 TEUs, approximately 200 shy of the ship’s maximum capacity. The ship set sail from Malaysia to the United Kingdom. Shipping industry analysts say the 19,000 TEU mark is likely the limit for now, while concepts being considered for ships with a capacity for as much as 25,000 TEUs are not economically feasible at present, although they are possible from a technical standpoint.

Meanwhile, the container ship Benjamin Franklin, delivered in early December by the China State Shipbuilding Corporation, was scheduled to call on the Port of Los Angeles and Port of Oakland in late December. At 18,000 TEU and over 1,300 feet in length, it is the largest container ship ever to visit a U.S. port.

Posted on Friday, January 1st, 2016 at 8:10 am | Category Business, News | Tags: Bayport Container Terminal, The Port of Houston celebrates a year of milestones in 2015| Comment |