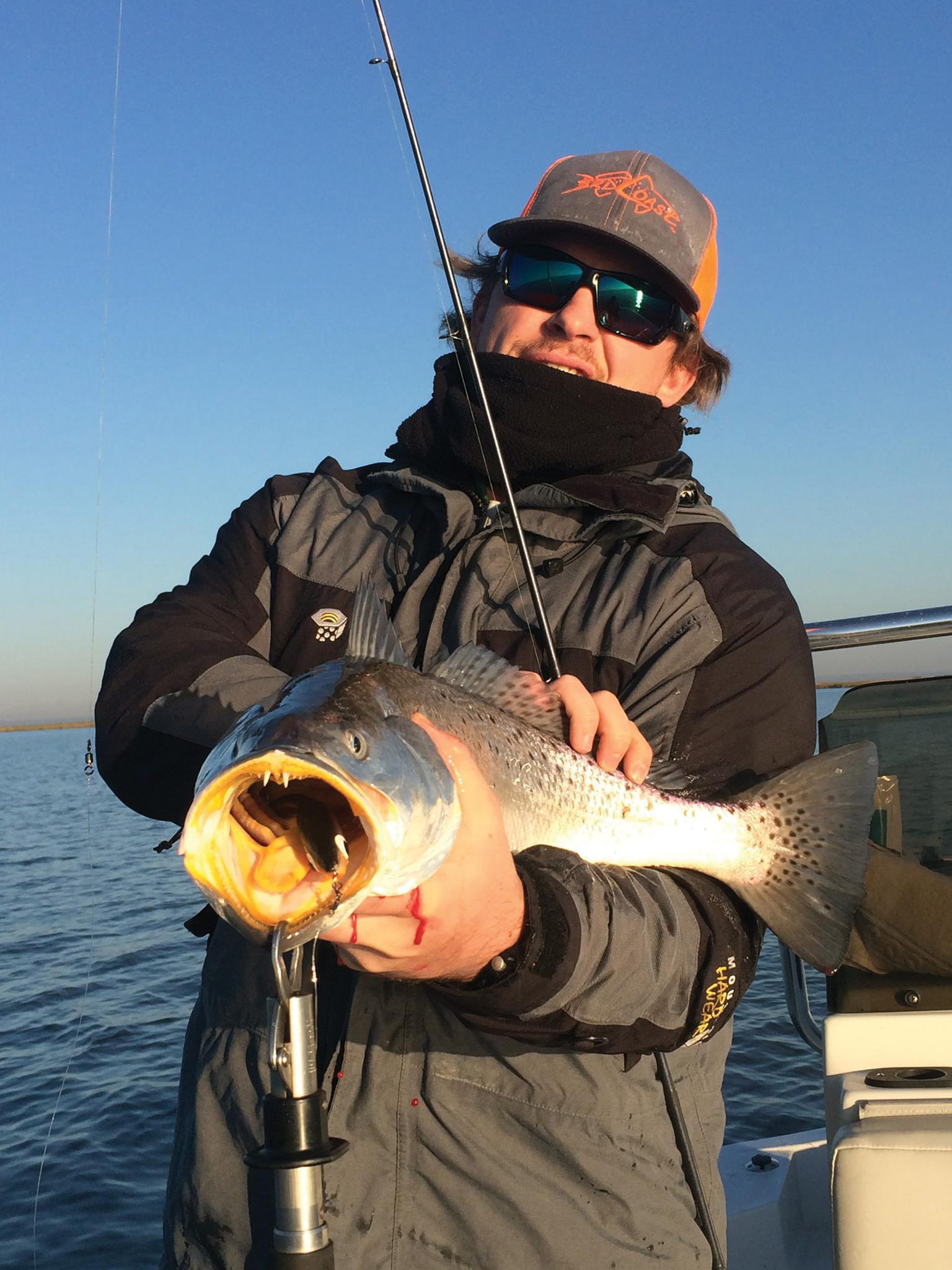 For the last decade there has been an increasingly later start to winter.  December once signaled the end of good bay fishing for the season; however, now we are seeing the fall fishing patterns continue well into the last month of the year.

It normally takes a number of serious cold fronts to change the pattern and by serious I mean strong northerly winds and temperature drops into the 40s.  After a few really cold northers pass through that lower tides levels a couple of feet, fish will move into their wintertime mode.  Speckled trout especially will move into deeper waters and then move out during periods of warmer conditions, usually during the afternoons for feeding.

This is a trait displayed during the latter part of the winter season when the effects of the cold fronts have taken over.

A few of the areas that are popular with winter fishermen are Burnet Bay just above Baytown, Sylvan Beach and parts of Trinity Bay.

During December and January, anglers need to be aware of duck blinds and keep a safe distance away.  This is especially true for those fishing in shallower waters where most duck blinds are located.  Too often there are exchanges of unpleasant remarks between the hunters and fishermen in addition to the dangers of getting pelted by shots at decoying birds.

Another issue with fishing that time of year is sudden and vicious cold fronts that crop up faster than expected.  Should you be caught unexpectedly in a strong norther and returning to the boat ramp requires crossing open waters, consider safety first and head to the nearest dock that does not require crossing the bay.  It might be an inconvenience to have someone pick you up and drive you to your vehicle and trailer; however, there are many families that wish their deceased love ones had taken that initiative before attempting to win the battle with a mean cold front.

This December we might be seeing changes brought on by all of the rain throughout the spring and fall.  In November, Trinity Bay and areas of upper Galveston Bay were continuing to see influxes of fresh water that moved trout out of those areas.  If a dry spell or small amounts of rain follows, then the waters of Trinity Bay likely will shape up for some excellent trout action during December.

For years now, December has been one of the best times to fish Trinity Bay and upper Galveston Bay.
So, what can anglers expect in the way of action this winter and what methods will work best?

Speckled trout action should be excellent until the water temperature drops into the low 50s.  Reds and pan fish, especially whiting, are among the more common catches from mid to upper Galveston Bay.

Wade fishing with insulated waders is usually the preferred method, with slow retrieval of baits a must when the water is cold.

Look for the Seabrook and Kemah Flats to turn on and don’t forget about Sylvan Beach.

Late in the winter, trophy trout are the target of many anglers, as that is the best time to aim for a “wall-hanger” sow.

Remember to use Type 1 PFDs this season as they are the best and will keep an unconscious person’s head above water.

This article will be taking a winter vacation and returning with the April edition of Bay Area Houston Magazine.  Good luck and good fishing!