Jack Campbell, considered the founder of the Clear Lake Area Chamber and its first chairman, got the 45-member organization on its feet its inaugural year by adding some 600 new members — 141 of them he signed up himself.

At first, it was called the Seabrook-Bay Area Chamber, but with the addition of the Kemah Chamber, the name was changed officially to the Clear Lake Chamber with the late Jack Campbell orchestrating the merger and setting it on its course to promote tourism and enhance the quality of life in the Bay Area. The League City Chamber merged with the Clear Lake Chamber two years later in 1964. “He felt all the chambers would benefit by merging,” Betty Campbell said when asked about her husband’s work founding the chamber.

Pat Ashby Jr. served as the chamber’s first chairman with Campbell taking the reins for the next two years and becoming the only chairman to serve two terms. 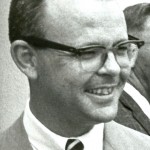 Webb Sharp was the first chamber manager (or president as the job is called today), serving from 1966-76, followed by David Ross from 1977-87. 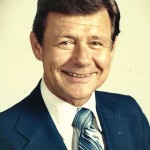 The chamber in 1972 became the 11th chamber in Texas and the 214th in the nation to achieve accreditation with the U.S. Chamber and has continued through the years to have the accreditation renewed. One of its most challenging times came after Hurricane Ike hit the area in 2008, damaging the chamber offices and leading to massive renovations. 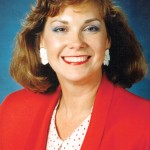 Perhaps what has made it so successful is the backing of the business community with many of the Bay Area’s most outstanding citizens serving as chairmen of the chamber or as its directors. 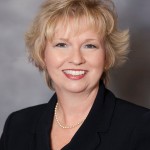 Two were married to each other – Minuteman Press owners Jim and Jane Sweeney. Two others were father and son – Jack Rowe and his son, Larry Rowe, who ran the Rowe Funeral Home in League City for many years before an electrical fire destroyed it during Hurricane Ike in 2008. 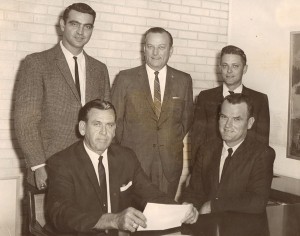 Clear Lake Chamber Chairman Jack Campbell, seated at left, goes over plans for the coming year with the other officers. Among them are, from left standing, Bob Chuoke, Gene Lindquist and Darwin Gilmore, with Dick Allen seated at right.