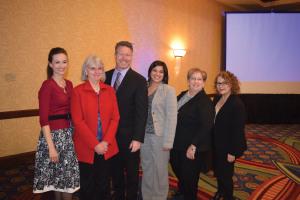 The Economic Alliance would like to announce our 2015 Executive Board and Board of Directors and take this time to thank the Bay Area Houston region for their support of our organization. This is an amazing time to be living and working where we are today!  With the onset of the shale gas revolution and the manufacturing it brings to the Houston Ship Channel region, we have more opportunities to enhance this region than ever before.  As tens of thousands of jobs are created over the next decade and billions of dollars are spent to grow our petrochemical industry, our cities, schools, colleges, and county, have the chance to make decisions on improvements and growth related projects that will ripple across the next 30 years.  Just as 100 years ago, when our leaders had the vision to build a 52 mile-long ship channel that established one of the nation’s greatest cities, it is our time to be bold and embrace projects that our children and their children will look back on in appreciation of the foresight and courage that was displayed in this decade.  We look forward to a bountiful and exciting 2015!