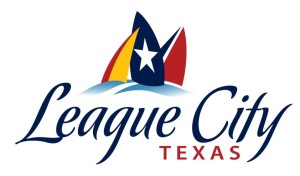 Two arrests have been made in a crime series investigation that began in November 2014 and included 33 storage unit burglaries at seven different League City locations.

In addition, League City Police Detectives were able to recover and return over $43,000 of property to the rightful owners.

In December 2014, League City Police took 15 storage unit burglary reports at a self-storage located in the 1200 block of East FM 518. Investigations led to the arrest of Paul Mathew Lange. Lange was arrested for felony and misdemeanor theft charges stemming from these reported burglaries.

The League City Police Department advises our citizens to consider the following when choosing a storage facility:

· Insurance – Most storage facilities will not cover your losses if burglarized.
· Alarms – Check to see if the facility you are talking to has installed alarms on every door in their facility. This gives them the ability to know the exact time of day that every storage unit is accessed. To de-activate the alarm on a unit, the customer keys in their personal passcode. If an unauthorized entry occurs, the alarm will sound and immediately identify which unit has been entered.
· Cameras – Most facilities these days have at least a few video cameras on location. Make sure that the facility you use has more than just a few cameras, and that they are covering as much of the property as possible. Finally, ensure the cameras are digitally recording the video 24 hours a day.
· Ask Questions – Ask each storage facility if they allow their customers to use padlocks or if they are using the newer generation “cylinder locks” which have no exposed hasp to be cut by bolt cutters. Asking questions regarding these matters will tell you a lot about each facility’s commitment to your peace of mind. If your questions are not answered sufficiently, you may be better off looking elsewhere.