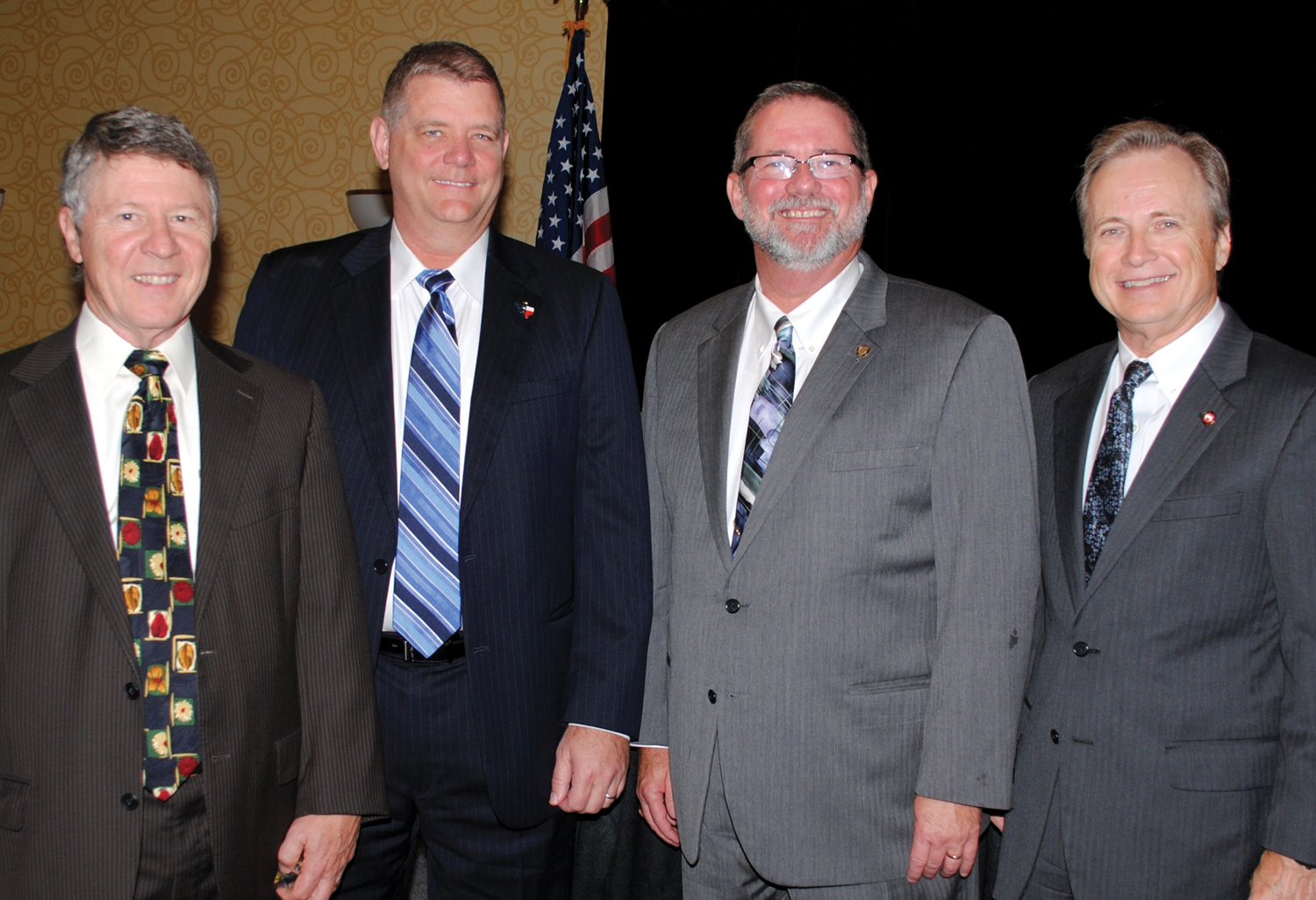 Few things in our lives are more important than transportation, and Bay Area Houston Transportation Partnership members and their guests got a rather thorough update on what is going on in the field at the 17th annual State of the Counties Luncheon May 12.

JUDGE MATT SEBESTA
Judge Sebesta, who was introduced by Brazoria County Commissioner Dude Payne, told the crowd at the Hobby Marriott Hotel that business is booming in his county. “Our industrial partners are investing from $25 to $30 billion. . .creating approximately 15,000 construction jobs, several thousand permanent, high paying  jobs, as well as thousands of other jobs.”

Some of the major players, he said, are Dow Chemical, Apache Oil, Phillips 66, Salem Power, Freeport Welding and Freeport LNG – for a total investment of more than $14 billion.

“Prior to 2013, we’ve never had a project of $1 billion or more,” he explained, going on to list several transportation projects underway, including the 288 toll road project.

“It’s exciting times in Brazoria County,” he added as he concluded his remarks.

“Once we have the final plan in our hands, around June, we will then ask all the people in the region to be supportive, and let’s go as one voice to D.C.,” he said.

He went on to tell the BayTran crowd that the Pelican Island bridge had passed one major hurdle with more to go, and went on to talk about tourism in Galveston, the cruise business, the Texas City Port and the importance of improving Highway 87 on the Bolivar Peninsula.

UTMB now has more state of the art medical facilities, he said, with completion of work on the Jennie Sealy Hospital in Galveston and the UTMB League City Campus on the Gulf Freeway. He closed his remarks by announcing that “League City’s population has now reached 100,000 – getting close to Pearland”– and that the 2016 Galveston County Transportation Summit will be held at the Doyle Convention Center in Texas City Sept. 1.

JUDGE ED EMMETT
Judge Emmett, introduced by Harris County Engineer John Blount, said “the state of Harris County is soggy,” going on to praise Trans Star, the Office of Emergency Management and the Cy Fair Volunteer Fire Department for all their great work during the recent floods — adding that the “drownings that occurred got under my skin” and vowing to set up gates to protect motorists from flood-prone underpasses.

Turning to transportation, Judge Emmett called the proposed I-69 bypass, in eastern Harris County, “our most important transportation project because it will better connect the ports of Houston, Galveston and Freeport.”

He thinks Texas needs a more permanent funding source for transportation, noting that with the dip in the state’s economy, the Rainy Day Fund might not have enough funds to cover transportation shortfalls as Prop 1 intended when passed by voters in 2014.