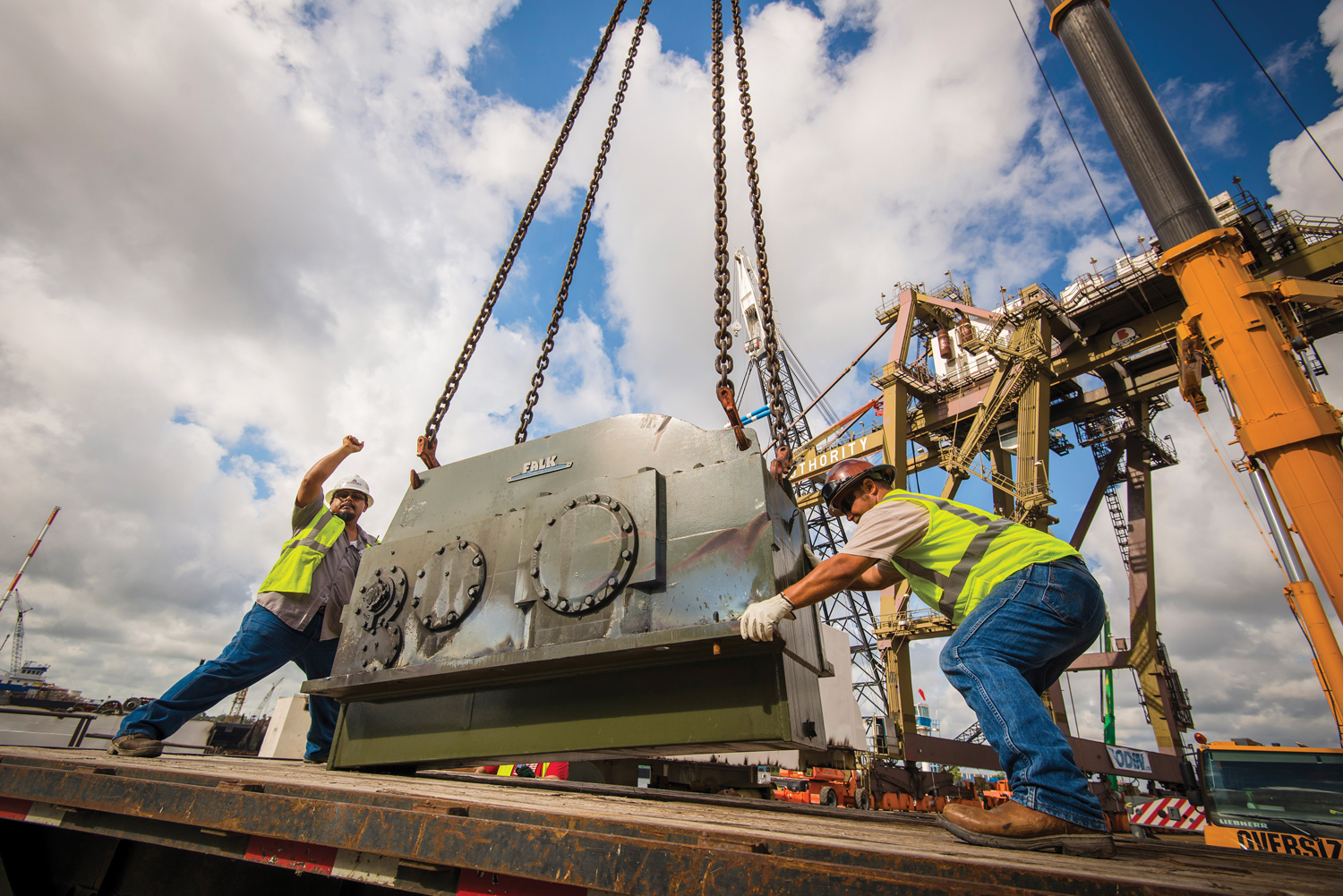 A recently released report confirms what many employers and corporations doing business in Southeast Texas have understood for years: The Port of Houston is a veritable spring gushing maritime jobs.

The study by PricewaterhouseCoopers and commissioned by the American Maritime Partnership indicates the port ranks second behind New Orleans in the U.S. for domestic maritime jobs. The study also indicates the maritime industry as a whole has an economic impact of nearly $8 billion across the state. Powered by the job generating capacity of the port region, the study shows Texas ranks third among the states in maritime jobs.

The domestic maritime industry, comprised of the vessels that transport cargo between American ports, provides more than 39,000 maritime jobs in Texas with $2.3 billion in worker income, according to the report.

“The domestic maritime industry in Texas is important not just for the good jobs it provides and the critical role it plays in keeping our petrochemical industry functioning efficiently, but also because it is a critical link in our homeland and border security,” Rep. Michael McCaul, chairman of the House Homeland Security Committee, said in a release.  “Tens of thousands of security-screened American seafarers who crew the hundreds of tugs, towboats, barges and offshore supply boats working all along the Texas coast help keep terrorists away from our border and our critical petrochemical infrastructure.”

The report states that across the nation, the domestic maritime industry includes approximately 40,000 vessels, which support 478,440 jobs, and have an annual economic impact of $92.5 billion, according to the Transportation Institute’s findings. Nationally, the industry also accounts for approximately $29 billion in wages and $10 billion in tax revenues.

The Port of Houston and the ship channel region in general has been a major economic driver for the region and the state practically from the moment it was carved and dredged from the waters of the Gulf of Mexico over 100 years ago. The Port of Houston, a 25-mile long complex of over 150 public industrial terminals and part of the 52-mile Houston Ship Channel, is one of the world’s busiest ports, with more than 200 million tons of cargo carried by over 8,000 vessels and 200,000 barges moving through the complex each year.

A 2015 study by Martin Associates indicates ship channel related businesses contribute over 1.7 million jobs throughout the state, an increase of over one million jobs cited in a similar 2012 study. The enormous commerce moving across the port’s docks results in a statewide economic impact of about $264.9 billion and $5 billion in state and local tax revenues.

But aside from the sheer numbers, the full story of the impact of the port region can only be fully told by considering the lives of the countless workers—from tugboat captains, to dock workers, to shipping and transportation executives—who depend on the health of the maritime industry for their livelihood.

Providing education and training for this army of skilled workers requires the dedicated efforts of several companies and organizations in the region, including San Jacinto College, which launched its Maritime Education Program in 2010.

Initially, the program offered non-credit courses for working mariners looking to upgrade certifications and obtain U.S. Coast Guard licensing requirements. Since 2012, the college has offered the state’s first and only associate degree program in maritime transportation.

Cargo Drops Slightly
Even though nearly three million tons of cargo moved across Port of Houston docks in February, the facility experienced a decline of nearly 12 percent in general cargo for the period. Port Executive Director Roger Guenther said the drop was caused primarily by a decline in import steel. On the flip side, container volume held steady, posting an uptick of about one percent.

“At the same time last year, loaded container volume was up nearly 18 percent thanks to the diversion of cargo from the West Coast. We experienced a decline of about two percent during the first two months of 2016, which demonstrates that we have successfully retained a tremendous amount of the business that was diverted,” Guenther said.

New Service Sets Sail
The first sailing in a new direct all-water container service between the Gulf of Mexico and Asia, a partnership between Maersk Line and Mediterranean Shipping Co. (MSC), departed Asia for Houston on May 2.

The new service, what’s called the 2M Alliance, features the Lone Star Express by the MSC and TP18 by Maersk. Houston is the first U.S. inbound port call, with the Lone Star/TP 18 Gulf service to have a rotation of Qingdao, Ningbo, Shanghai, Xiamen, Yantian, Busan, Cristobal, Houston, Mobile and Miami. Officials say the estimated transit time to Houston is about 26 days from Yantian and 23 days from Busan, with the vessels utilized having a capacity of nearly 4,500 twenty-foot equivalent units (TEUs).

“The Port of Houston Authority is pleased that the service focuses heavily on the Port of Houston,” Port Commission Chairman Janiece Longoria said. “The Houston region is a growth market due to increased demand for import consumer goods and the boom in plastic resin exports in the next few years.”

Guenther said the new service will enhance existing weekly Asian services operated by CMA. CGM, COSCO and Hanjin currently calling on the port. “We will continue to expand our Bayport container terminal and upgrade our Barbours Cut container terminal to meet the growing demands of our customers,” he said. “These additional Trans-Pacific all-water services demonstrate our ability to provide a cost-effective supply chain option connecting Asia to local and key Midwest markets via the Gulf of Mexico.”

The Port of Houston Authority is the largest container port in the Gulf of Mexico and handles about two-thirds of all the containers that move through the gulf. In 2015, the Port Authority handled more than two million TEUs for the first time in its history, while also setting a record for tonnage, with over 30.5 million tons of cargo handled at its various facilities.