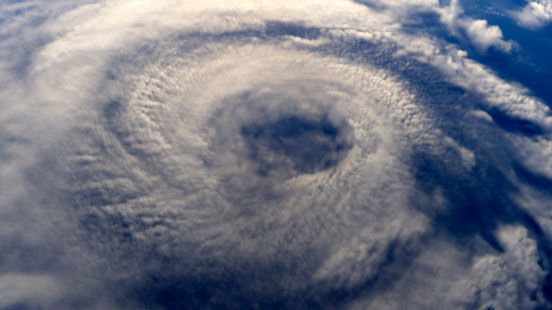 In 2008, Hurricane Ike slammed the Houston-Galveston region, making landfall on the Texas coast with maximum sustained winds of 112 miles per hour and a storm surge of 12-15 feet. Even though the Houston-Galveston region avoided the predicted direct hit, Hurricane Ike killed 80 people and caused economic damages totaling over $39 billion. Imagine the consequences if Ike had made a direct hit.

The clock continues to tick. Major hurricanes hit the upper Texas coast approximately every 14 years. History and science concur that such a “direct hit” threat to the region is not a matter of if, but when, it will occur.

This is not just a Houston-Galveston problem. The nation’s security and economy are extremely vulnerable during a storm surge event. At risk are the livelihoods and well-being of millions of residents, their properties, jobs and businesses. Devastating impacts include:

Multiple lines of defense are being considered to provide comprehensive storm surge protection for the region. Texas A&M University at Galveston remains focused on further developing the proven method to stop the surge at the coast using a continuous coastal barrier or spine, also known as the Ike Dike Concept, based on proven technologies that have been used in The Netherlands and other parts of the world for decades.

Meanwhile, the SSPEED Center at Rice University is concentrating its efforts on suppressing surge using barriers internal to the Galveston Bay system and non-structural alternatives.

Through coordinated and collaborative research efforts, both TAMUG and the SSPEED Center are committed to the development of a single surge protection plan that has multiple lines of defense to achieve the best overall solution for the region from an economic, environmental and social perspective.

For the past four years, regional momentum has been building to implement storm surge protection, recognizing that the region is every bit as exposed today to the devastating effects of storm surge as it was in 2008.

More than 30 cities and municipalities, economic and industry organizations, such as the Bay Area Houston Economic Partnership, the East Harris County Manufacturers Association and the Harris County Mayors’ and Councils’ Association, have formally stated their support for storm surge protection.

It’s imperative that a collaborative plan for regional protection be developed and submitted for congressional approval and funding. First, however, a comprehensive initiative is underway to conduct several necessary studies, including an economic impact analysis; barrier design modeling; landscape integration; a calculation of cost/benefit ratios; and environmental mitigation.

Texas has always prided itself on being a “can do” state, never being the kind to look for a handout. Although this is usually looked on as an admirable quality, in the case of storm surge protection, I think that it has been a detriment to our progress. Perhaps a greater deterrent has been the lack of political leadership up until now.

It is crucial that the Legislature supports a coastal barrier system, and it’s going to take strong political leadership to spearhead such a bill through the next legislative session in 2017. The people, homes and industries of the upper Texas coast, as well as the state’s and nation’s economy, must be protected. We cannot expect Congress to appropriate the necessary funds unless we stand united in this cause.

We can wait until our hopes and dreams, and possibly our lives, are swept out to sea when the next big hurricane hits, or we can do something now. Unfortunately, we too often are committed to recovery rather than protection. Meanwhile, the clock continues to tick.